Clare club hit back at secretary's appraisal of team defending 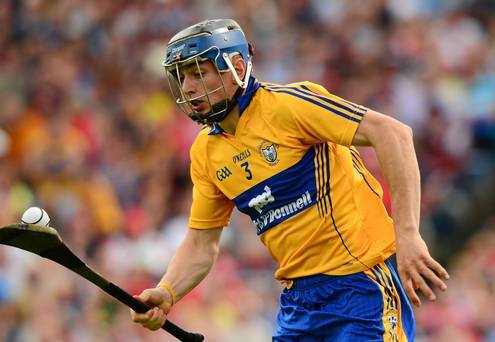 Download our mobile app to hear more about Tulla GAA.

Fitzgerald, in his annual report, described the two goals conceded against Galway as “horrendous defensive blunders” and how the players at fault “have to ship the blame”. McInerney was at full-back on that particular afternoon at Semple Stadium, with Clare going down on a 2-17 to 0-17 scoreline.

At last night’s convention in Ennis, his club conveyed their disappointment with the county secretary’s remarks.“Tulla GAA would like to express our disapproval with the comments of the county secretary in relation to some of the players in the championship game versus Galway,” said Tulla delegate Brian Torpey.
“While not naming players, [the secretary] has made it clear the cohort to whom he is referring. No one knows better than the players themselves if their game does not go well. It serves no purpose, nor is it necessary to record these thoughts in the report for county convention.”

In his address to delegates, county board chairman Joe Cooney called for united support of all management teams heading into 2017.

“All management teams deserve our support. Any criticism made of various individuals should be constructive and fair, rather than needless, hurtful, and personal.”

Elsewhere in his secretary’s report, Fitzgerald described the newly established Club Players’ Association as “aspirational” and “well intentioned”, but added: “The old chestnut of domestic fixtures being put into cold storage for the summer has to be grasped once and for all.

“Our fixtures are becoming too flexible. Understandably, no obstacles should be placed in the way of possible All-Ireland glory, but similarly, the club player can’t be held to ransom either. The business end of club championships are being condensed into a short enough timeframe when weather conditions may not be the best and when the fixtures become rapid fire.

“That needs to be addressed because the summer months are becoming a barren time for club championship action when really it should become a peak time.

“It seems the only show in town in the key months of the year, nowadays, is county activities and club players are being left in limbo. But the winds of change are blowing up. A Club Players’ Association has been formed. They will be a voice for the club players. But what are the solutions? Do we do away with the qualifier structure and revert back to straight knockout championship? Somehow, I don’t think that will wash with either the participating counties or organising authorities.”

Vice-chairman PJ McGuane said club players cannot continue to be neglected, describing those at the head of the GPA as “radicals” concerned only with a minority of the playing population.

Income for the year reached €1.85m, with the board recording an operating surplus of €118,736. Team expenses totalled €760,676, an increase of €103k on last year’s figure. Included in that was the addition of personnel to the senior hurling and football management teams which took €45,000 from board coffers.

“The big question is if the costs continue at 2016 levels and the income reverts back to that achieved in 2015; the board will find itself in a very difficult situation, which could quickly become unsustainable. Hence my concern as to the ongoing sustainability of teams’ expenses at present level.”

Board treasurer Bernard Keane said: “I would echo that. We rode our luck at times in 2016.”

The O’Callaghans Mills motion calling for the regulation duration of inter-county football and hurling games to be reduced from 70 to 60 minutes was ruled out of order.

A Lisseycasey motion to re-establish competitions at U12 in place of the Go Games initiative was passed.

Membership for 2023 is now due. Membership can be paid by...

At a recent club meeting on 20th December, the following ...

Entwe raffle to win 2 tickets to this years All Ireland H...

Get live information for Club on the ClubZap App